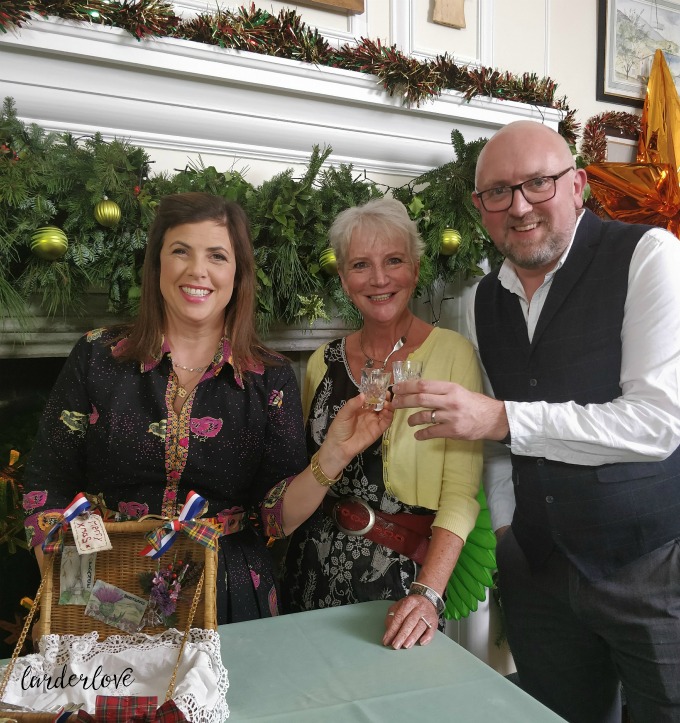 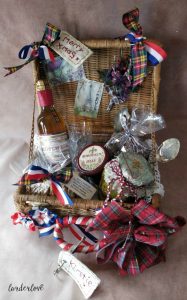 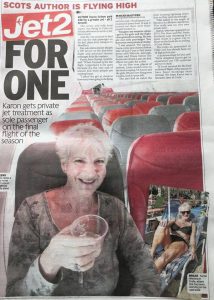 On 22nd October on my 19th flight of the year I found myself the only person the the flight to Heraklion from Glasgow. It was the last flight of the season so I knew there would only be a few people on the outbound flight as it was basically going out there to bring back the last of the holiday makers so would be full. I was a tad surprised to be the only one on the plane and it was terrific fun, my own private jet.

Anyway that wasn’t the best, or indeed the end of the adventure, it was merely the beginning. When I was on the beach the next day I send a quick email to a journalist in Glasgow and he phoned me right back asking for a photo of me on the beach and saying it was a fun story and they might get it into the paper at the weekend. Well it was obviously a slow week as they put it into the paper the very next day as a full page spread and a LOT of other newspapers immediately picked up on it.

Suddenly I was in the middle of a media maelstrom and was being interviewed for newspapers, doing radio interviews and even TV interviews via iphone for TV channels all over the world.

The story went viral and I even ended up trending at number two in the world, only beaten by Robbie Williams who wasn’t well at the time. I had impressed Teenager at long last, especially when I popped up as a question on Have I got News For You that week.

They’d all said I was a novelist in the articles etc and I was indeed in Crete trying to rewrite one novel and start another. This was my grown-up gap year, me escaping the nest before my beloved Teenager left for university. My thinking as if I left first it wouldn’t hurt so much when she did. Anyway I was backwards and forwards to Crete all summer, even flying home to appear on Kirstie Allsopp’s TV show Kirstie’s Handmade Christmas.

But back to the writing, I was struggling with the book and just couldn’t get to grips with it, nothing was working and all this media attention gave me the idea to write a funny diary of my year in Crete. My grown-up gap year in Crete. I poured over my diary and all my Facebook posts and pulled them together and did a whole load more writing to produce a 300 page book.

Coming back to the UK the week before Christmas I started sending it out to agents. It wasn’t picked up and I am so grateful for that. What I didn’t get a book deal and I was grateful? Yes, because I know now that it was all a learning curve last year and the beginning of this year. I’d faced some of my worst fears and I survived, I had an amazing adventure that actually brought my daughter (always referred to as Teenager) and I closer. I realised that I didn’t want to share this as it was, but it was all there, all the memories, all the ups and downs and fabulous amazing times. It will be great fodder for a novel, ramped up and made funnier. I was glad that the outside world wouldn’t get to read it as me, it was just too personal.

So that’s why The Girl On The Plane (My Failed Grown-Up Gap Year In Crete) has ended up being research. I learned so much last year about myself more than anything else and that sort of research is worth it’s weight in gold. 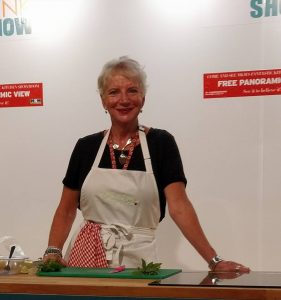 I got lucky in the talks and demos department. It all started back in 2006 when I started doing the Country Living magazine fairs in Glasgow. At that time I had a herb crafting business called Dream Acres where I made and sold all sorts of herbal goodies from air fresheners and herb blends to sleep sacks and pot pourri. I would take a stand at these big fairs and so envy the people who did the talks and demos in the lifestyle theatre, crafting classes and most especially the food theatre. I dreamed of doing that type of thing.

Roll on a few years and its 2009 and I managed to wangle my first talk in the lifestyle theatre talking about how to make herbal home fragrance for Christmas. In 2010 I had my first book published, So Easy Herbal and was asked to do cooking demos in the food theatre, wow I had hit the big time as far as I was concerned. I also started to teach craft classes at the Country Living Fairs as well. From then on I did all three areas of the show every year.

I also approached other organisations that held big events, Like Scottish Homes & Interiors. Then people started to approach me and I found myself a regular at the big Gardening Scotland show in the spring, Edinburgh Foodies festivals, Scottish Food & Drink Show and also smaller foodie festivals.

Right back in 2010 I offered myself up on the WRI (Woman’s Rural Institute) circuit to do talks and demos for them andd sold my books at these events as well. Over the years I have done these all over Scotland and even on the beautiful island of Bute as well. To me to event is too big or too small and I’ve done gardening clubs and groups all over the place.

Show and tell is very much my thing and when it comes to cooking demos I love to show people that if I can make any of my recipes on a stage in front of say 100 people they can easily do this at home in the comfort of their own kitchen. My whole ethos with cooking is making things easy and fun and I hope I put this across in my talks and demos.

I’d certainly say that doing talks and demos is the best way to get your books out there to people face to face. You are there to show how to do things and answer questions to. It makes you far more real to people and gives them the confidence to actually have a go at making your recipes too.